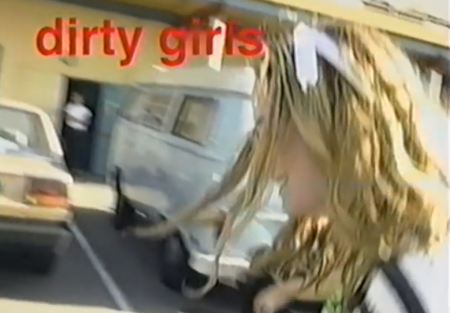 Shot in 1996 and edited in 2000, this is a short documentary about a group of 13-year-old riot grrrls in Los Angeles who were socially ostracized at their school by their peers and upperclassmen. Everyone in the schoolyard held strong opinions about these so-called “dirty girls,” and meanwhile the “dirty girls” themselves aimed to get their message across by distributing their zine across campus.
Directed by Michael Lucid. Music: “Batmobile” by Liz Phair.
DISCOVERED ON http://creaturesofcomfort.tumblr.com